How to Remove Screen from Window – Step by Step Guide

Are you looking for the safest method to remove the screen from the window?

Whether you want to repair the damaged screen of your window or need to replace it with a newer one, it is a bit tricky to put the screen in its exact frame.

Removing the old spline and securing the screen at a new origin is harder. If you still have a broken screen, there is a certain chance that a variety of bugs have already arrived in your living space.

Follow our simple steps to remove a screen from any side of your window.

How to Remove Screen from Windows?

As much as learning how to remove windows is important, it is also necessary to know what type and styles of windows you are dealing with.

As there are many different types of windows screens, each type has its own method of removal of the screen.

As the name suggests, interior windows are the windows that are typically installed from the inside of the house to frame the window casing the inside for style and aesthetic purposes.

As with exterior windows, these windows are installed from the house’s exterior, with their casings and moldings being also framed from the outside of the house.

Just like the types of window screen, there are also various styles of windows which includes;

Single-hung-style windows allow air ventilation from just one part of the window, unlike the double-hung windows. These are easier to clean and take care of, offering a lower operable and a fixed upper sash.

Casements windows are windows that have a unique style that is attached to their frame by one or more hinges from the sides. These windows have a crank open to the outward, to the left, or right simultaneously.

The sliding style of windows is used in many houses nowadays. These windows are made to glide horizontally from one side to another and are much more suitable for shorter walls.

The sliding window usually has one or more sliding screens.

Now we’ll further get into the detailed guide about how to remove screens from windows.

Point to be Kept in Mind!

The screen of windows is delicate and flexible enough to be removed with ease because of their designs.

How to Remove Screen from Window – A DIY Guide

This is how you can easily remove screens from the windows of your home:

Removing Screen from the Inside of the House

Removing Screen from the Outside of the House

For the screen to be removed from the outside of the house, you must

How to Remove of Casement Windows Screen

These are some of the points to be kept in mind for the safety of removing the screen from the windows:

How Do I Get My Screen Out of the Window?

Initially, you have to open the window all the way. You will see screen tabs; grab and pull these towards. Also, take care of the screen and avoid damage while removing it from its frame

How Do I Remove a Window Screen that Doesn’t Have Tabs?

If there are no tabs on your window screen, you should attempt to pull it out towards the center of the screen. This trick works well in most cases and can be applied even on older window screens with tabs.

Can You Remove a Window Screen from the Inside?

Should You Remove Window Screens in the Winter?

Sometimes, the snowstorm will damage the window screen. Removing it in the winter is very important so that ice or snow will not damage this utility.

How Do You Remove Window Screens with Side Springs?

If you want to remove or reinstall the window screen, you should start from its side springs. You can locate the finger groove on your window screen. You must place your finger into the groove to remove the spring-loaded screen.

Several factors could break, tear, or even make the windows screen all dirty.

But in any of these cases, what you must know is a way to safely remove and clear up any issue related to the window screen, and for that, we have covered almost every aspect that is required for you to consider in this article.

So to keep your home and households properly in shape and up to date, you must keep checking what improvements needs to be made.

We hope that this article will make it easy for you to know better about removing the screen from windows.

How to Make Distilled Water at Home: 8 Simple Steps

Distilled water is needed at home for multiple things. People often spend tons of money on it on a daily or weekly basis. You don’t

Never throw your drill bits in the trash; instead, you could sharpen them with the best drill bit sharpener. You may feel that some drill

Water Well Maintenance – 9 Ways to Care for Your Water

Do you ever try to serve your own well? If you haven’t tried or failed, check out our methods of water well maintenance which will

The Easiest Method to Weld Cast Iron for Beginners

The floor drill press is powerful and important equipment that can handle many big projects. It has made drilling a lot easier job. Choosing a

How to Sand Hardwood Floors with an Orbital Sander?

If you have a hardwood floor that has a damaged layer due to the things like sunlight exposure and stains, so urgent sanding and refinishing 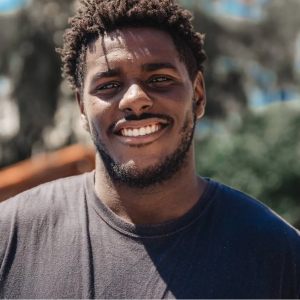 Edward is a specialist in DIY Tools and managing his two stores in the United States. He is offering his services as an expert writer according to his skills in his free time. We acknowledge his services and expertise offered to homeimprovements.com. He always enjoys working on DIY Tools and their latest trends to improve home beauty.